What is a Z55 Autoride Suspension, how can I tell if I have one, and what do I do when it fails?

Z55 Autoride is a type of suspension option on many full-sized GM SUVs, indicated by the RPO code Z55. RPO codes are Regular Production Options, which identify the specific configuration each vehicle has when it leaves the factory. In most cases this is a sticker located on the inside door of the glove box, with multiple three character codes listed to show what that specific vehicle has as far as trim, suspension and engine configurations.

When looking at the suspension RPO codes for the GM SUVs like the Escalade, Tahoe, Yukon and Avalanche, there are a few to look out for.

Z71 is noted as the Off-Road package, which usually comes on 4x4 vehicles and includes heavier duty gas shocks and the Skid Plate Package.

Z66 is commonly called the Premium On-Road Package, used for the 2WD sport street suspension with 17” all season tires and Electronic Traction Assist.

Z55 is termed Autoride, and uses the Electronic Suspension Control (ESC) system to make changes to each of the four shocks in milliseconds as you drive, adjusting the stiffness and handling of the suspension. This RPO also includes rear auto-levelling air shocks and a compressor, which can often be the failure point for these suspensions.

Diagnosing your Autoride can be a bit difficult, especially with the various components that make up your electronic suspension, but we cover some of the more common issues.

Your first indication of a suspension issue will be how the vehicle handles, especially when traversing minor bumps or pot holes. If your ride bounces or doesn’t feel as stiff as it should, you probably need a visit to your mechanic. A dash warning light of ‘Service Autoride’ or ‘Service Ride Control’ is always a definite indicator, but there are many instances where no warning light will show if you have issues. The standard ODB scanner will not be able to detect most suspension diagnostic trouble codes, so you will need to use the GM Tech-II to read for suspension DTCs.

A visual inspection of your shocks may not always reveal an issue, however fluid leaking from the front shocks is certainly an indicator of problems and a spray bottle filled with soapy water can help you detect leaks in the rear air shocks. Another good indicator of a leak in the air suspension components is when your vehicle is lower in the rear when sitting for a while, most often overnight. Many of these issues commonly become more prevalent in colder weather, so you might see more problems as the seasons change.

Listening for the air compressor to kick on, located most often at the rear driver side wheel wall attached to the frame rail, when putting a load on the rear of the vehicle is important, but does not indicate a certain issue. If the compressor fails to turn on, you could have several issues at once, including a burnt out suspension compressor, leaks in your air shocks, and even a blown fuse or relay. In instances of a leak in your air suspension, the compressor may turn on more often than you are used to, and may continuously run for up to five minutes.

There are three fuses used specifically for the suspension, and if one fails it could be the cause of your issues. The Real-Time Dampening fuse is located in the under hood fuse block, labeled RTD and is usually a 30 amp fuse, and also located in the under hood fuse block is the STUD #1 fuse, which is often a 40 amp fuse. One more fuse is located in the instrument panel fuse block, labeled IGN 3 and is often a 10 amp fuse. Checking these with a multimeter on continuity will let you know if any are blown, and your suspension problems could be solved by simply replacing one of these components.

As stated previously, to pull any suspension related Diagnostic Trouble Codes from the on board diagnostic port, you will need a GM Tech-II scanner. The following DTC codes are specifically related to the suspension, and you should thoroughly inspect your vehicle if you receive any of these:

These four DTC Codes indicate an issue with the damper solenoid valves on the front and rear shock absorbers, and any one of these indicate an electrical issue. It is highly recommended that the shock absorber in the location the error code indicates is replaced.

These four DTC Codes indicate a height sensor issue, which are located near each wheel, behind the fender and attached to the control arms in the suspension. Each sensor is a rod connected to a small ball joint, and each sensor can be freed from the joint and tested separately. The rear sensors should activate the air suspension compressor when tested, either alerting you to an issue with the compressor or the sensor. These sensors do not commonly fail, and are often an indicator of a bigger electrical issue.

This error is to indicate the exhaust solenoid on the air suspension compressor has gone bad, which is not always the exact case, but can be. Test the Real Time Dampening fuse, and if that is not blown, trace the two wires to the chassis & body wiring harnesses. If no corrosion or breaks are found in the wire the exhaust solenoid is the issue.

This DTC Code indicates either the Automatic Level Control pressure sensor has failed, or more commonly, the wiring for the sensor has been shorted to ground, often due to a pinched or broken wire from replacing the air suspension compressor. Removing the air suspension compressor and inspecting all wiring can often find the cause of this error code, but in some rare cases the sensor has actually failed, often due to moisture getting in the sensor.

For those wanting to keep the rear air shocks but not continue to use the electrical control, we carry the 150G-14-R-RES, when purchased with the AK-29 air line kit, will let you fill passive air shock absorbers at any gas station with a tire air pump. This passive conversion will require you to disconnect the negative terminal on the battery from ten minutes, and remove the RTD fuse from the under hood fuse block to disable the error light on the dash when permanently removing the air suspension compressor. After reconnecting the negative terminal to the battery, start your vehicle and turn the air conditioning on, checking for cold air. If you do not get any cold air from your AC, replace the fuse and repeat the process until you do.

Suncore carries a full line of replacement and conversion parts for the Z55 Autoride suspensions, including professionally remanufactured components to save you money. Our 109G-07-KIT fully replaces your front and rear shocks with quality rebuilt OEM components, where our 109G-12-KIT provides you with brand new front and rear replacements. The 109G-14-R-PAIR provides a cost-effective alternative, with a conversion to passive rear air shocks including resistors to bypass the electronic control and full installation and conversion instructions. 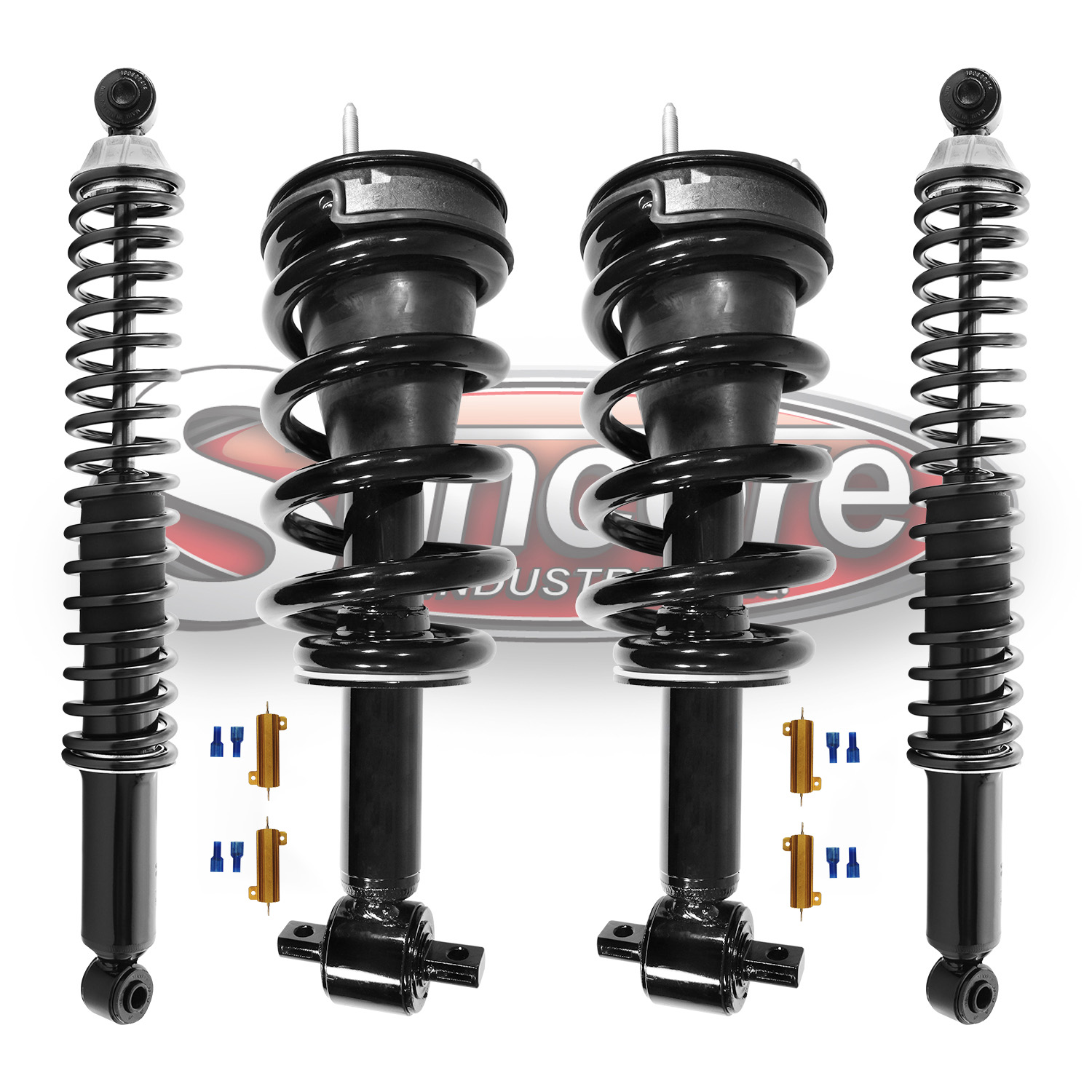 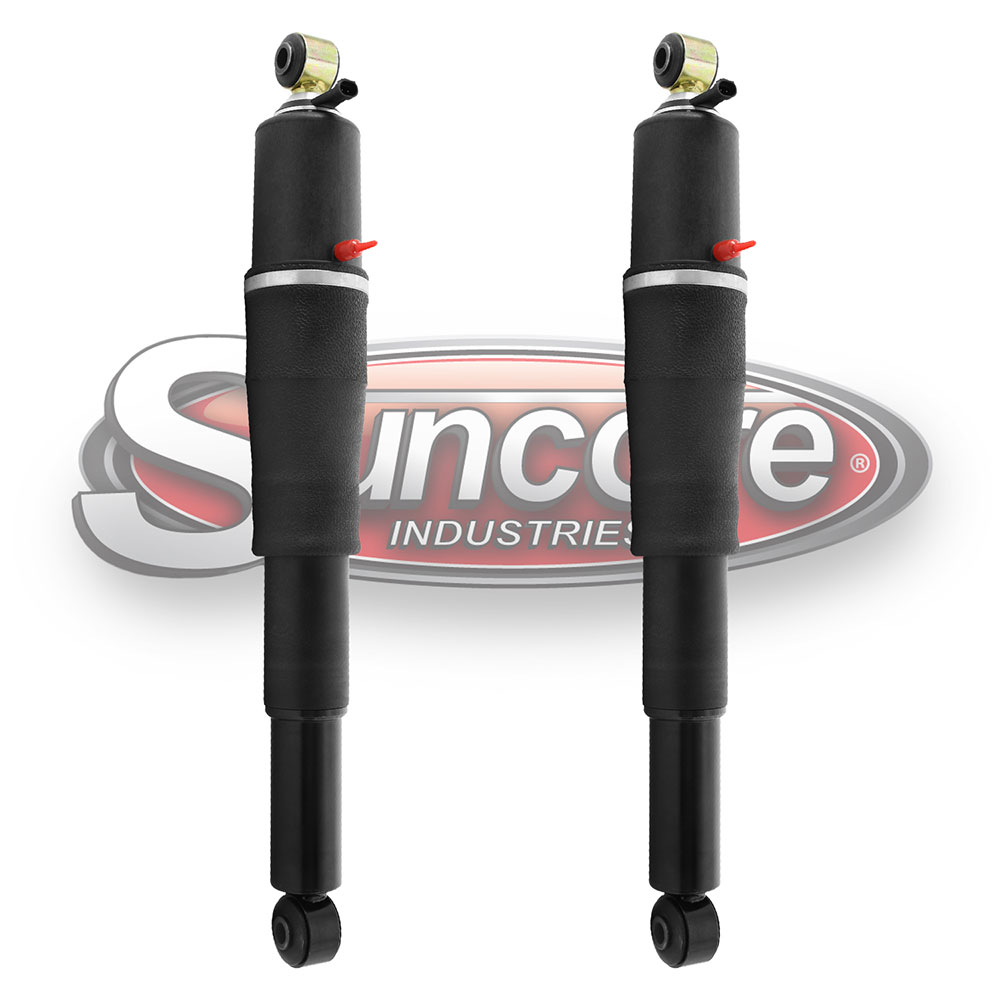 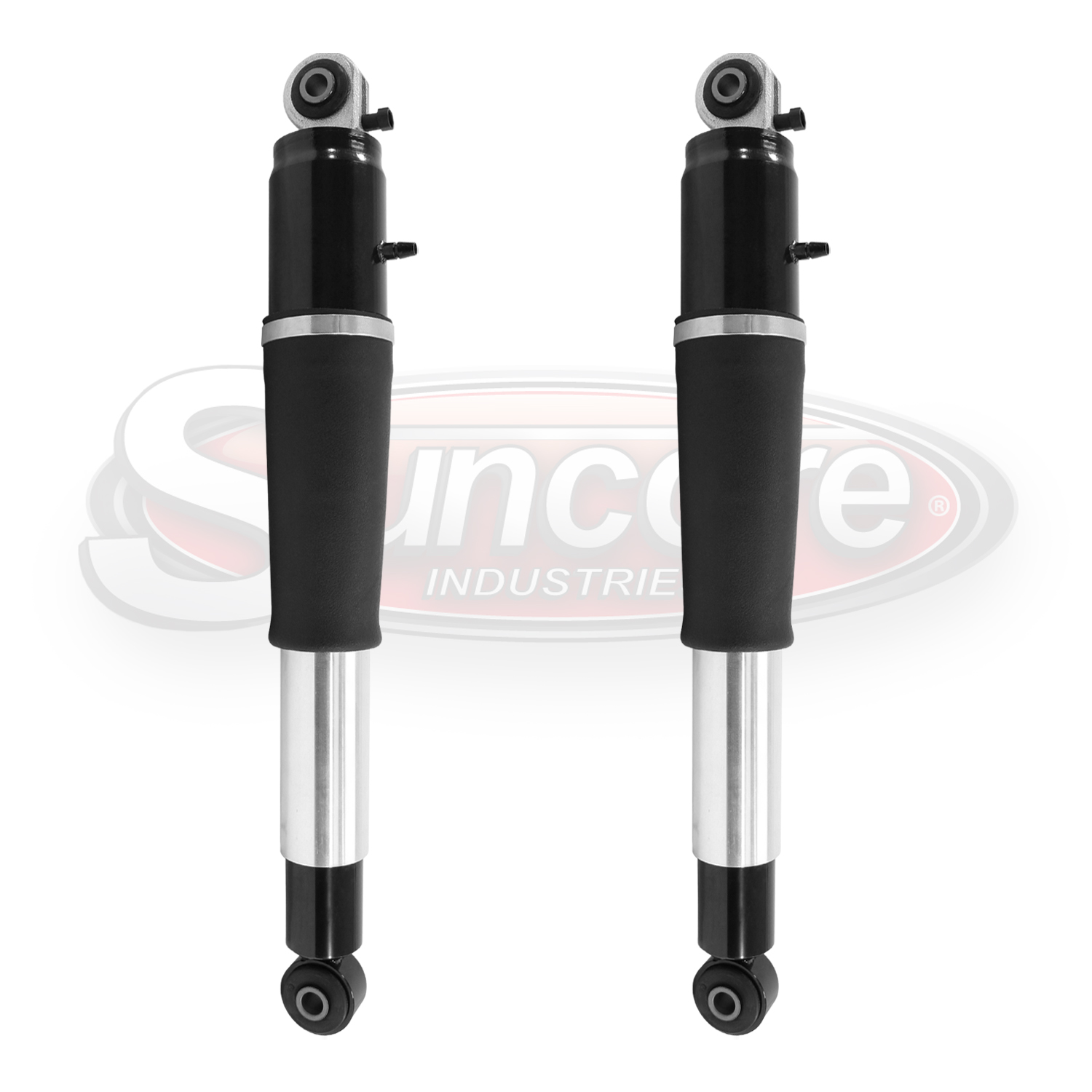